SFX Studio Inc., was created in 1995 by Joel Echallier and is an award winning full-service prosthetics, Make-up and animatronics FX company for the motion picture and television industry.

Joel Echallier, a French born in the 1970's, has succeeded through a 20-year career as a creator of sculptures, creature costumes, puppets and special make-ups. 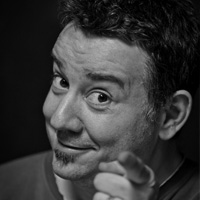 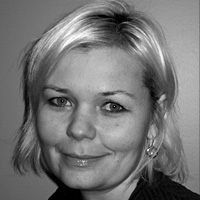 SFX Studio Inc. started in Europe where it created numerous effects and creatures for the European market. After moving it's offices to Vancouver - Canada, it rapidly began working on shows like "The Outer Limits", "Valentine" and "Scary Movie" in 1998-99. Later on, Joel Echallier and SFX Studio's talented team contributed to breathtaking special make-up FX for such films as X-Men 3, Chronicle of Reddick, Scary Movie 3, Night at the Museum and Alien Trespass.

Multiple Gemini nominations were honoured in 2001 for "The Outer Limits" and "Island of Shadows" both for outstanding make-ups. Later on Joel and his crew were rewarded with an Imago Award in 2004 for Best Prosthetics and Make-up FX work on "I will see you in my Dreams" (Zombie make-ups, special props, practical special effects, stunts) and again with a Leo Award for Best Make-up FX in a short film on "Damnation" (body mutilation effects).

Internationally renowned SFX has continued to grow over the past fifteen and keeps amazing the industry professionals by providing the most original and vivid approach to make-up and creature FX, adding strong production value and creating an unforgettable experience for this very knowledgeable audience.

Joel Echallier has also taught special effects make-up techniques at the international make-up school Blanche McDonald in Vancouver as well as Casablanca institute of Make-up. Continuing to maintain a high standard of make-up artists in Vancouver and all across Canada, Joel Echallier is still giving make-up FX and creature creation seminars within SFX Studio's walls to young and passionate students.

(remove all spaces in emails)

"Providing the solution to the limits of reality and the vastness of imagination."